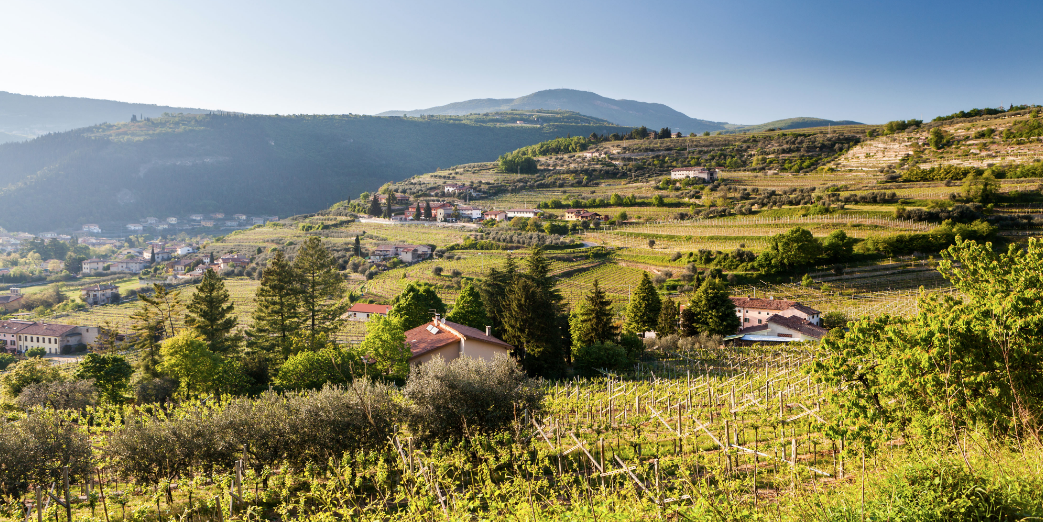 Valpolicella is the hilly area above Verona, the famous city of Romeo and Juliet. Yet, today we will focus on the likes of Amarone and the other world-wide famous wines produced in this territory.

This green valley of 240 km² is filled with ancient vineyards that you will admire everywhere you turn your eyes to. It is located above Verona, below the Italian Alps and on the right of Lake Garda, another beauty in the Veneto region.

Valpolicella was famous since the ancient Roman times, for its viticulture and its red marble. This area is also blessed by beautiful architecture, such as churches and stunning villas once owned by rich and noble families. But today we are here to talk wine, so let’s get into that 😉

The most famous wine from Valpolicella is definitely Amarone DOCG, which was believed to be labeled Amarone by Adelino Lucchese in 1936, yet it was not marketed until 1953. Amarone is a delicious blend of mainly Corvina grapes, that are usually mixed with either Corvinone or Rondinella grapes (in smaller percentages compared to Corvina). Modern Amarone is produced in special drying chambers under controlled conditions and the quality of the grape skin is a primary concern, as it brings the tannins, color, and intensity of flavor to the wine.

The second and third most famous wines from this region are Valpolicella DOC and Valpolicella Ripasso DOC. They are both made from mainly Corvina grapes, but they can also include Rondinella, Molinara, Forselina, Negrara, Oseleta and Corvinone. The difference between these two wines is that Valpolicella Ripasso is aged for about 20 days in Amarone’s pomace, giving it a sweeter and more round taste (closer to Amarone).

If you are planning to organise a tour of the stunning valley of Valpolicella, just drop us a message on Vidal Venice Tours 😉