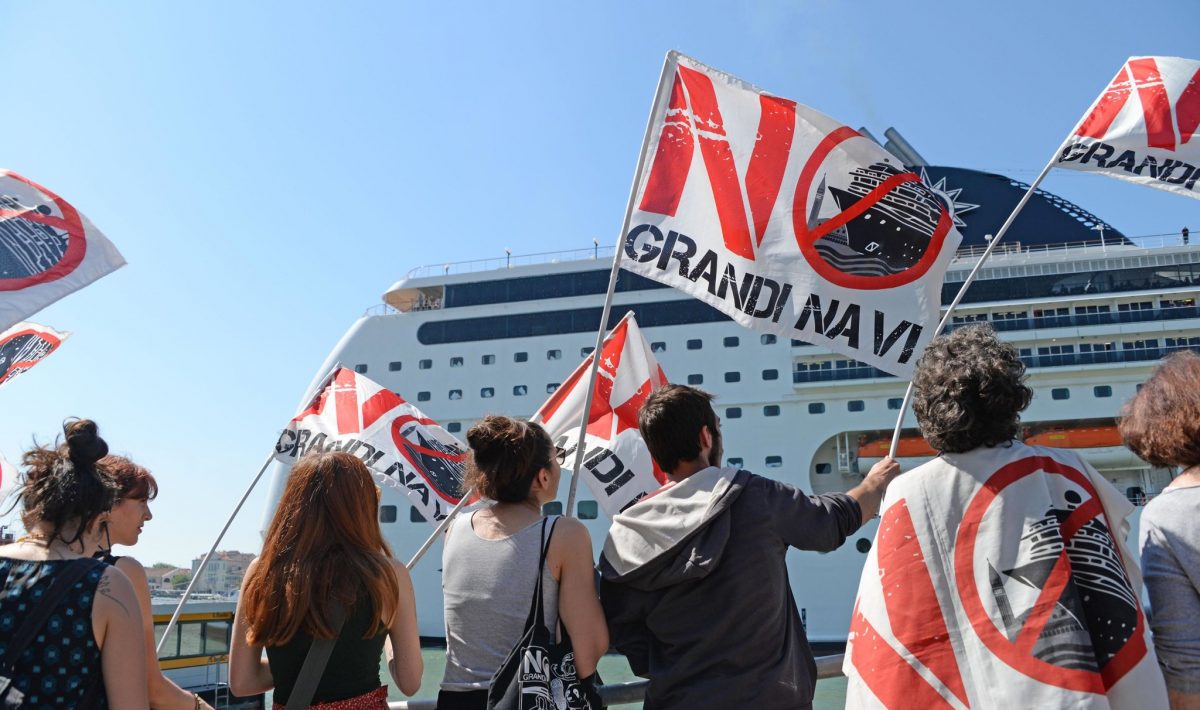 Crowds of protesters gathered in front of St Mark’s Square in Venice on Sunday to make their voices heard about the use of motor boats in and around the lagoon of the Serenissima.

They got together a fleet of traditional rowing boats, and they pressed authorities to take action against Venice’s crowded canals while targeting the massive cruise ships that often pass in the heart of the city.

Critics say waves created by cruise ships and other large, motorised boats are ruining the foundations of the Venice.

Beloved around the world for its magical canals, history, architecture and art, Venice suffered a few big floods in November, which left some of the city underwater and damaged some parts of St Mark’s Basilica.

The high tides are partially linked to climate change, but protesters say that local authorities could be doing a lot more to protect the old city by banning cruise ships.

In 2019, the Italian minister for transport, Danilo Toninelli, declared that ships would be rerouted away from the city centre to ports such as the industrial city Fusina and Marghera terminals. Both these terminals are still inside the Venetian lagoon. (The Guardian, 2020)

At Vidal Venice Tours we only use small and eco-friendly boats for our tours. We will make you ejnoy Venice in a responsible and intimate way 😉