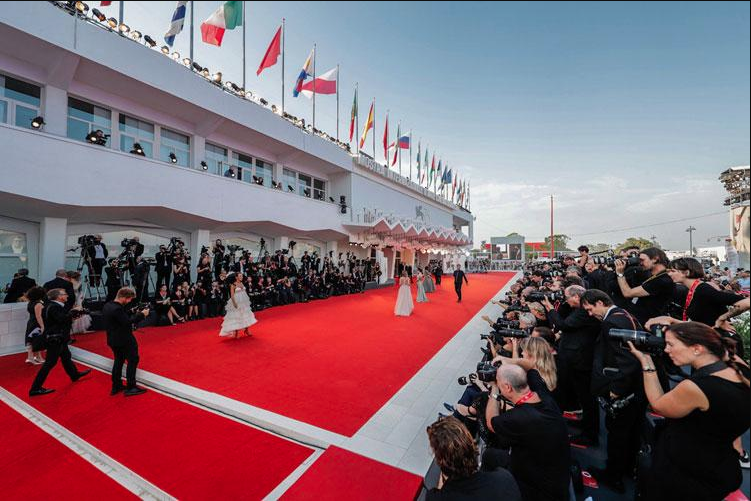 The Film Festival has always been held on the Lido island, between the Palazzo del Cinema and the historic and luxurious Excelsior Hotel, among other nearby venues.

The main awards for this Festival are the following:
1. The Golden Lion, awarded to the best picture of the festival. The winged lion is the symbol of Venice since the beginning of The Republic of Venice. Last year (2019) it was given to The Joker, starring Joaquin Phoenix.
2. The Silver Lion, awarded to the best director of the festival.
3. The Marcello Mastroianni Award, which is given to a rising actor or actress within the official selection.

The Venice Film festival also showcases a number of films (often blockbuster movies) that are not in the official selection for the final awards, yet these are often worldwide premieres.

Since its beginnings, this festival has signed up a lot of major international film personalities, and it has launched many actors and directors that are now household names throughout the world.

The Venice Film Festival takes place in the first week of September and we highly recommend you to attend one of its editions, as the selection of movies is always staggering and never banal. If you want more info please contact us on Vidal Venice Tours, we’ll be happy to help.